Check out these Pages 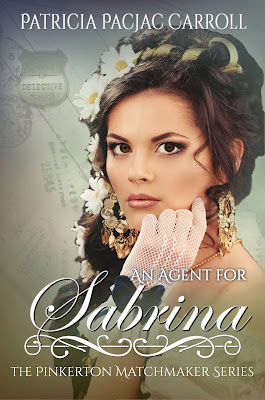 An Agent for Sabrina  Book 30

The newest in the Pinkerton Matchmaker series is up and running. I think you're going to enjoy this Sweet historical romance with fun and faith and always a happily-ever-after.

She is running from her past.

He is running from his future.

Sabrina Jones never expected to be set free from her life as a saloon girl. Thanks to a gift from Rand Ketcham, a notorious bounty hunter, she was able to leave her old life in the saloons. Colorado was where she wanted to go. What to do was still a mystery until she reached Denver and saw an ad in the paper for women to apply as Pinkerton agents. She figured she’d be good. All those years in the saloon had taught her how to read people. That ought to come in handy as a detective.

Tom Wesley liked the free, wild life. He was a Pinkerton agent and good at it. Not many would challenge his gun or fist. Only his father. Preacher Jacob Wesley was a strict man. Tom had left because of his rules. But the old man still had strings attached to him. Growing up under the Word of the Lord to obey your father were glued to Tom’s soul. So far, he hadn’t outrun them, though he’d tried awful hard.

He had until he was thirty. At least that was what his father had told him. Tom tried to duck the words, but they haunted him. Then again, he was only twenty-nine.

When their lives collide, Tom and Sabrina are thrown together in a case that will test them both.


Buy Now  ~
or
You can always read for free on Kindle Unlimited
Posted by Patricia PacJac Carroll at 2:47 PM No comments: